My Japan cultural experience started from the Esenboga Airport in Ankara at the check-in encounter. When I arrived to the airport three and a half hours before my flight I saw a long line of Japanese tourist doing their check-in. I was surprised how they arrived so early. I decided not wait but instead have a lunch and come back. When I came back after the lunch the queue was gone. I did my check-in and went to the departure gate. There again Japanese tourist were quick and well-coordinated when taking seats in the plane. Our plane departed 15 minutes before our expected time. Usually, I fly a lot, but I have never experienced when the plane departed earlier than planned time. This experience made me realize how Japanese were well-coordinated and time efficient. I wish all my flight experiences were similar to this. I couldn’t wait to see Japan!

Even though Narita Airport is big, airport staffs try to empty the baggage’s reclaim area very quickly. Within a minute the area is emptied for the next arrivals. On the way out we had to stay in a long queue to exchange Dollars to Yen. Another queue was at the Limousine bus station to Tokyo, but it was well-organized queue.

On we visited Foundation building which was very close to the hotel that we stayed in. The offices inside were newly repaired and looked very nice. Everyone in the office is working in one big room together, so you don’t notice any hierarchy. Each department changes their places every week or so. This way it helps employees to leave their comfort zone and not get attached to one place. Logistically it is because employees had to take all their staff from lockers and put them back in the evenings. Structurally it looked amazing. This kind of planning would help to avoid bureaucracy atmosphere. You could reach almost anyone from any department in one office room. The second great thing about Nippon Foundation building is that they have a special floor for the Paralympics Support Center, which shows that they are giving importance to develop Paralympics and help disabled to participate in it. Every type of sports had their own small open offices. It was great to see them all and meet people who are part of it. We even met with the Paralympics gold medalist.

When we had a tour around the Paralympics Support Center floor I was so proud to be a part of Nippon Foundation. The change that they are making in the disabled peoples life with the Center is extraordinary and exceptional. They are not only giving a hope but also making some of the dreams come true. I would like to express my respect to all those people and organizations who are contributing to the Center.

We were also privileged to meet with Chairman Sasakawa at The Nippon Foundation Building.  We were supported by scholarship when we were struggling in Turkey, and now after graduation, he gave us such a wonderful experience.  Since I always wanted to meet with him, and say a word of gratitude, I appreciate this opportunity.

What I learnt from Japan:

The weather was great. It wasn’t so hot or cold. It was raining almost every day and since I like rain I had no complaints. I believe the end of June was the right time to travel to Japan.

Seeing how everyone follows the rules and respect each other when getting into the metro is impressive. There is a huge difference when you compare a metro in Istanbul and metro in Tokyo. This alone tells a lot about the culture.

Japanese employees rarely change the companies that they are working at. They are very loyal to companies. People work hard that they even prefer to work on their holidays.

Japanese people eat healthy. About a few hours into our trip to Japan, the biggest things I noticed were the people. Well, actually not the biggest, because they’re not big. Almost nobody in Japan is overweight in the slightest.

As we continued through our journey, this fact kept becoming more and more noticeable. Of course, I’d always heard that people were healthier in Japan, but you really don’t appreciate that fact until you actually see it. Everyone is healthy! Everyone is very polite! I wonder how they achieved and how we can achieve it in our countries.

Giving a presentation in front of the audience whom you don’t know was challenging, but overcoming the fear increased self-confidence and improved my presentation skills. I feel like improving presentation skills and giving a speech in front of an audience should be one of the aims of the JACAFA, because members will learn how to present and interact with the audience which will help them to improve self-confidence. I hope in the future we will have many sessions on it, because many of us lack those skills.

The topic of the forum was “Human Capita Development”. Human capital is more important than having natural resources in the long term. Japan is the great example of it. The Japanese government gives importance to Human capital development and that is one of the main reasons why they are so developed. People in our countries should start to think long-term rather than short-term benefits.

I was surprised that students at Tsukuba University were interested in learning Russian and some even spoke Russian already. It shows that they are interested in Russia, Central Asia and want to be comprehensively developed. This interest in both sides would help to overcome the language and distance barrier.

First of all, special thanks to Chairman Sasakawa, who made us possible to experience this trip.  Thanks to Kyoko-san for organizing such an amazing trip to Japan, James-san for all his efforts to bring us together at Tsukuba University and to have a productive Forum, Mori-san for inviting us to such unique restaurants and bringing amazing friends and Nippon Foundation for making it all happen. It was unforgettable trip and everything was well organized. I hope we will have a chance to host you all in Kyrgyz Republic next year. 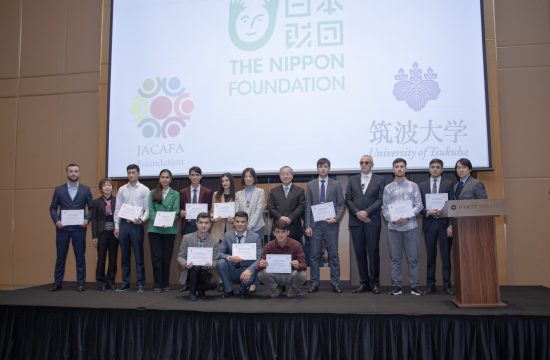 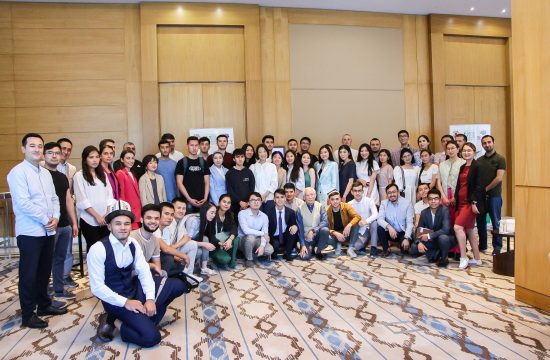